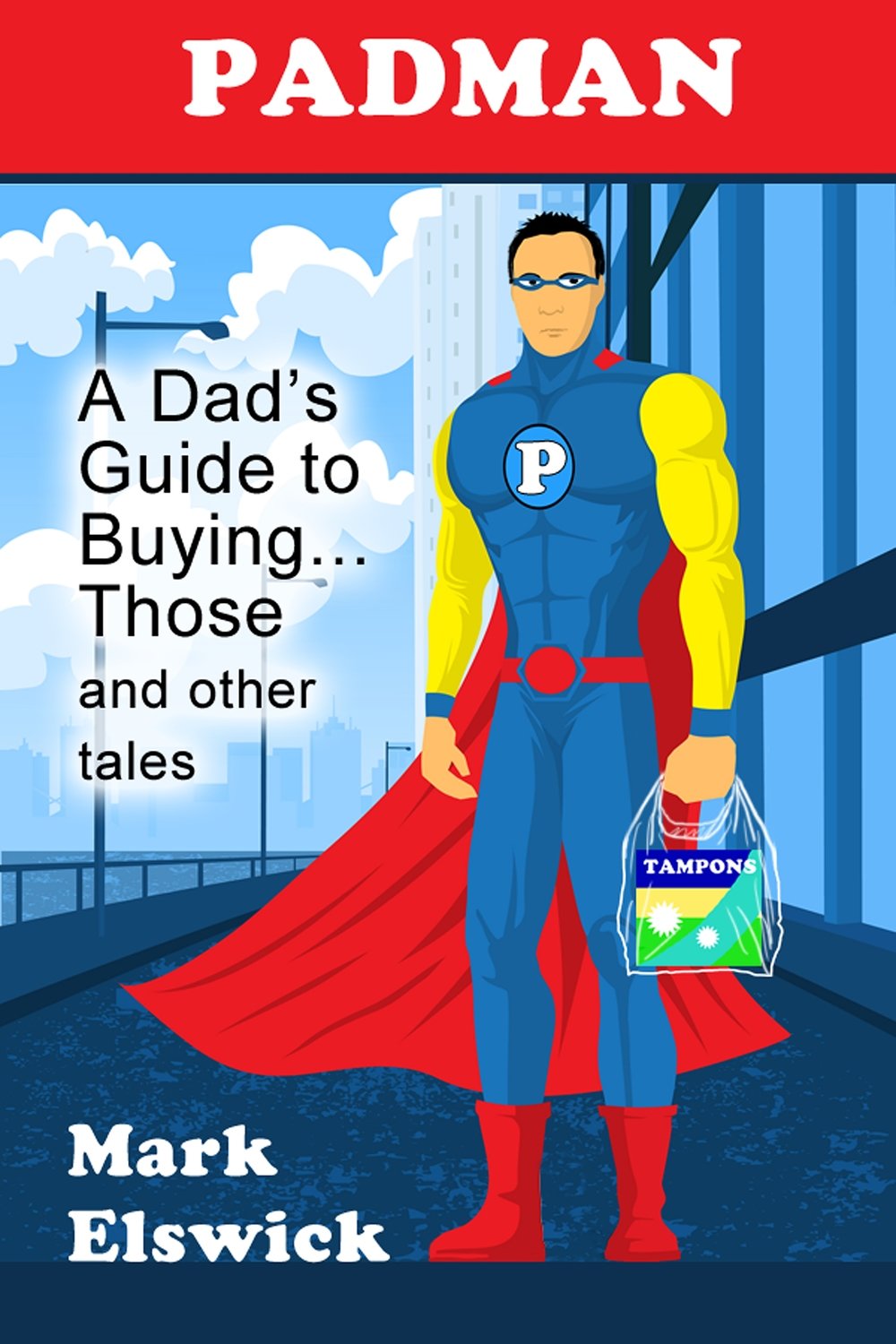 Padman: A Dad's Guide to Buying... Those and other tales

In this collection of personal essays, Mark Elswick offers humorous
episodes about being a man and father. Whether it's his daughter sending
him to the store to buy those... well, things that transforms him into
"Padman"; his realization that at forty-two, he is slowly turning into an
old man; or his reaction to his middle school aged daughter dating a
"man" two years older than her, readers--male and female alike--will
find themselves cracking smiles when they aren't busy laughing out loud.

Elswick also has a serious side to him. Interspersed with the comical
tales are heartfelt looks into the lives of people who experience a Traumatic
Brain Incident (TBI) injury, including his own story of being in a
life-threatening car accident that left doctors predicting he would be a
vegetable for the rest of his life. With compassion and insight, while retaining
his sense of humor, Elswick writes to raise awareness about TBI;
a portion of Padman: A Dad's Guide to Buying... Those, and Other Tales'
proceeds will go to TBI research.

"I am officially announcing my own support for Mark Elswick, the
writer who won his own battle with TBI and is now giving back of himself
to those who are continuing or just beginning theirs. Padman offers
an 'edutaining' read on a subject that is anything but humorous. And it
underscores the importance of embracing now the devastation of TBI
among the general public, as well as in the face of our affected troops returning
home."


"Mark Elswick's style of humor will be appreciated by any male reader
as he pokes fun at himself and the feminine world that he often perceives
to be threatening his masculinity. Plus, what's better than helping a good
cause (Traumatic Brain Injury research) while getting some laughs!"


From the Reflections of America Series at Modern History Press www.ModernHistoryPress.com
Save this product for later
Display prices in: USD
Share this...